End of the day at end of the road, Ardnamurchan 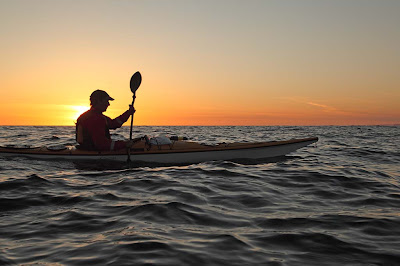 It was a while after rounding Ardnamurchan Point before I felt safe enough to get the camera out again! Jim and I were really impressed with Phil's paddling round the Point, especially considering that he has only been paddling for six months (and most of that time was in a double). 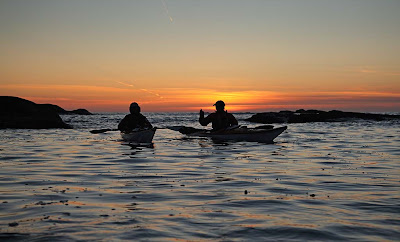 Once we had left the disturbed waters of Ardnamurchan Point, the wind began to drop with the dying sun... 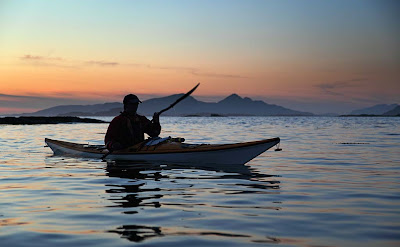 ... until there was not a breath left as we paddled between the reefs on the north coast of Ardnamurchan. 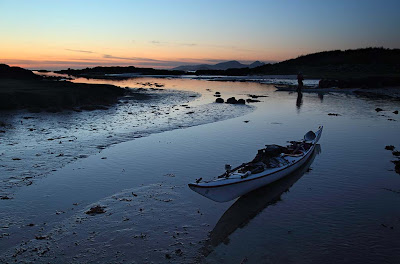 Our keels finally kissed the sands of Portuairk again at 21:43 some 10.5 hours after we had launched. 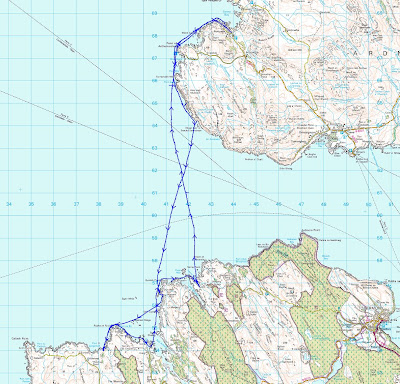 We covered a total of 42km on the water. We packed up leisurely in the darkness and brewed up soup and coffee before leaving for the long drive home at 11pm. We arrived back in Glasgow at 03:30am on the Monday morning.

What a day! This is seakayaking!