A free ride to Dunure. 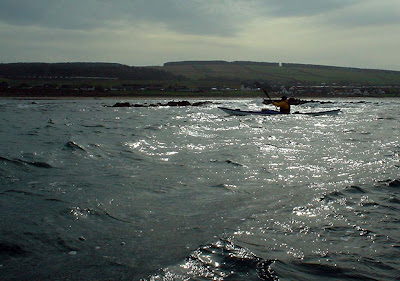 Within minutes from launching in the shelter of Maidens, we emerged into a fun ride of wind and swell that would carry us to Dunure at speeds of up to 15.4km/hr. 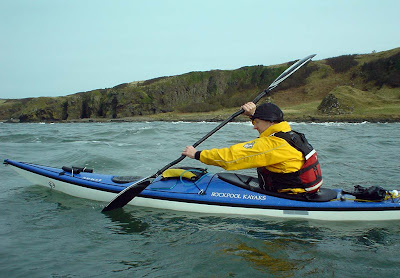 The coastline is formed of a series of underwater and raised beaches. Swells speed up when they hit the sunken beach and give some great paddling. 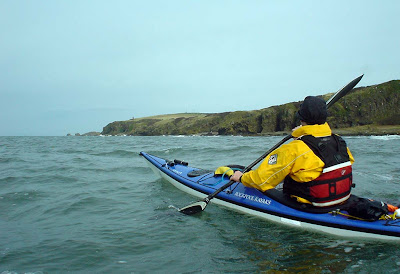 On Saturday the wind had being blowing from the SW at 20 to 30 knots but by Sunday it had dropped to a much more manageable 12 to 15 knots. 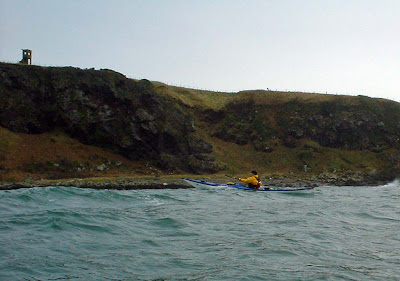 The swells from the day before gave us free ride after free ride and we were in Dunure about an hour before we had planned to meet David and Phil. 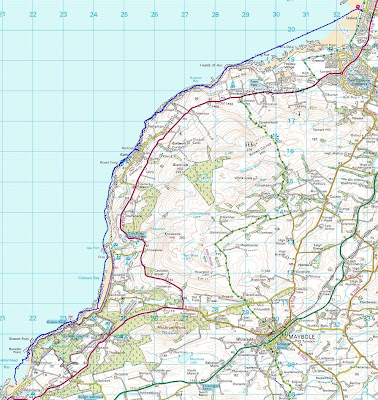