Ebb tide in the Lynn of Lorn 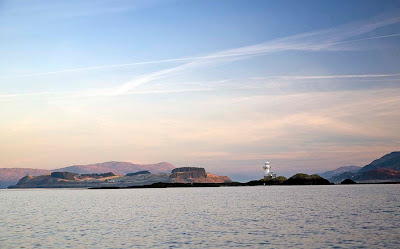 Although the sun was now shining on the Morven summits the Appin shore was still gripped by frost and shade. The Sgeir Bhuidhe lighthouse lies just offshore. It was built at the end of the 19th century but by 2001 was badly in need of replacement. The Northern Lighthouse Board were originally going to replace it with a standard rectangular structure but fortunately sense prevailed and the replacement was modelled on the old structure. The light has two flashes every seven seconds with white and red sectors. The original lantern is now on display in the village. 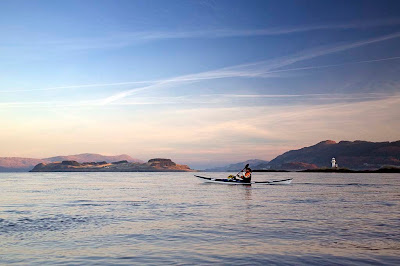 Jennifer and I ferry glided out into the ebb tide in the Lynn of Lorn. The 5km/hr current soon carried us away down the Lynn leaving the little Isle of Shuna far behind. Note that there is another Shuna 42km further SSW, to the east of Luing. 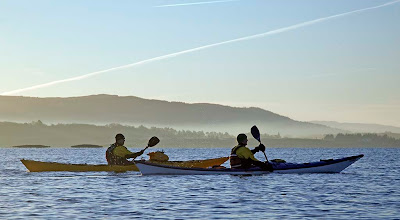 Alan and Tony were still in the shade as early morning mist hung over the wooded shores of Appin. 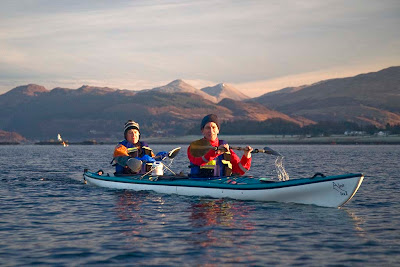 Then at last the sun cleared the hills and David and Phil were left blinking in its strong light. With a fair tide we were now off on our 37 km circumnavigation of Lismore.