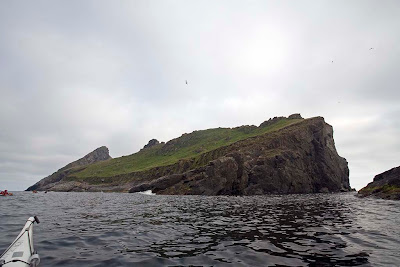 We emerged from the cave on the Hirta side of the Dun Gap in the St Kilda archipelago. Our eyes adjusted to the light and now focussed on Hirta's smaller neighbour, the island of Dun. 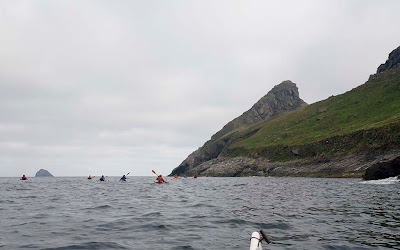 We made good progress down the NE coast of Dun. The isolated stack of Levenish lay far out on the horizon. "This won't take long" we thought. The time was now 8pm, well past our dining hour. 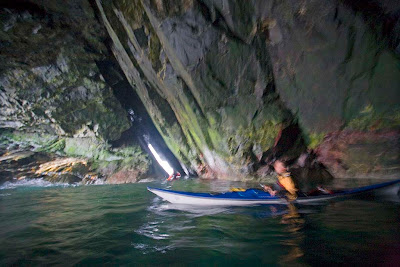 Then Murty showed us the most amazing series of caves. 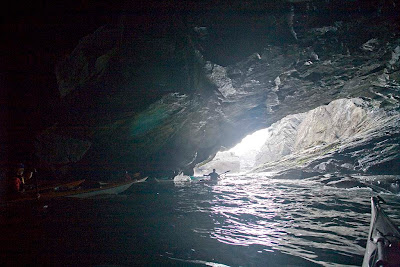 Each cave linked to another and we soon lost all sense of direction and time as we threaded our way through the maze of caverns. 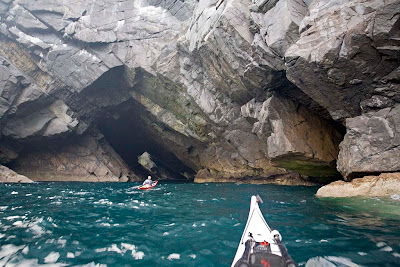 This is probably the most amazing marine cave system in the British Isles! 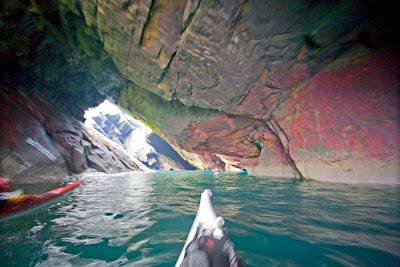 It has been created by some of the most violent seas that hit the Britain's coasts. 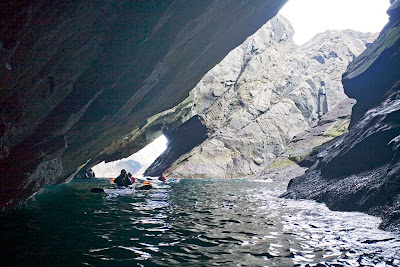 We were so incredibly lucky to be here on a day which was calm enough to allow us to enter. 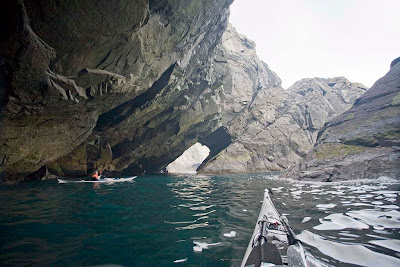 All thoughts of our evening meal were forgotten. 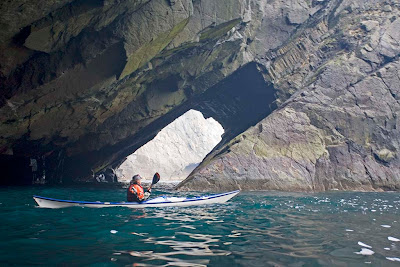 Each of us was lost in our thoughts as we drifted silently through the caves and arches in awe of nature's creation. 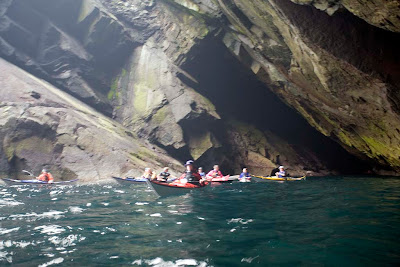 Eventually we emerged on the SW side of Dun, now knowing that it is an island riddled with caves. 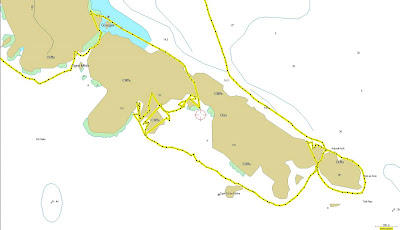