Over the sea to the fair isle of Islay

As we crossed the Sound of Jura, towards the Sound of Islay, a force 5 wind was blowing from the north west. The air was very clear and to the north the Paps of Jura heaved above the horizon. However, the wind meant that we would need to plan our sea kayaking adventure carefully. Initial plans to paddle against the tide and head north towards the island of Colonsay were put to one side. 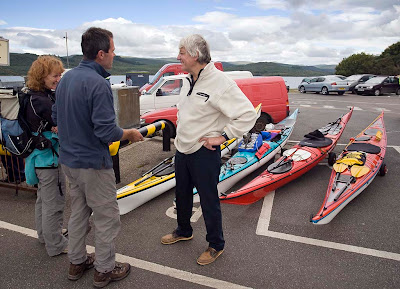 Mair and Billy had met David and myself at Kennacraig, on the west coast of the Mull of Kintyre. We had promised ourselves a trip to Islay for too long, now it was a reality! We were to meet Tony on Islay at Port Askaig. He had already enjoyed a family holiday for a week on the island. 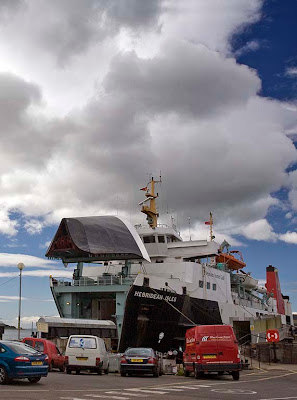 The MV Hebridean Isles docked right on time as we were putting the final bags into the kayaks. 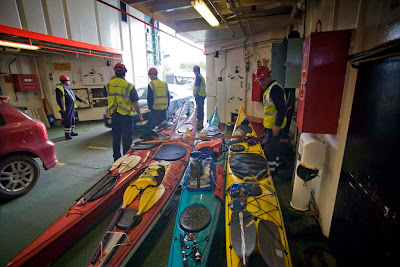 We used trolleys to wheel them onto the car deck. The kayaks travel for £10 return on any Caledonian Macbrayne crossing. Note the strap restraining the kayaks for a windy crossing. Normally they do not bother. 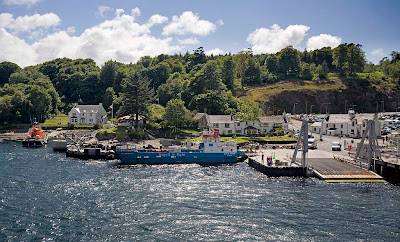 Port Askaig is one of Islay's two ferry terminals. The other is on the south of the island at Port Ellen. Port Askaig is also the terminal for the MV Eilean Dhiura which crosses 0.9km of the Sound of Isla to Feolin on Jura.

We had arrived on Islay!