McArthur's Head lighthouse and the mouth of the Sound of Islay 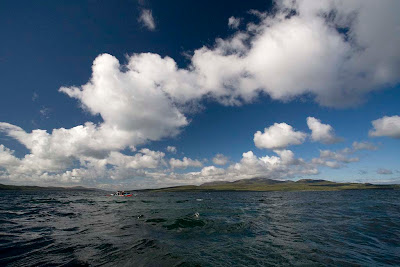 We launched again into the Sound of Islay. This is the view back to the north from whence we had come. The distinctive mounds of the Paps of Jura are lost in the evening clouds above Jura on the right. 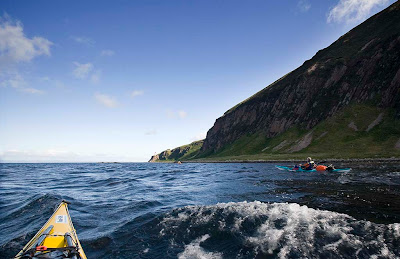 We were now paddling SE below the cliffs of Beinn na Caillich towards the distant McArthur's Head lighthouse. 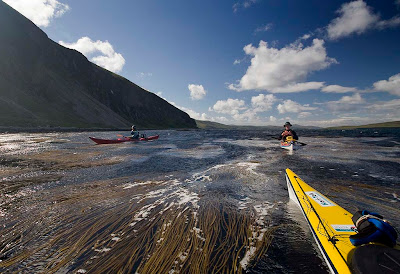 Looking back up the Sound of Islay, past Mair and Billy, to distant Port Askaig. 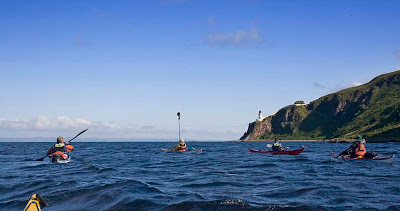 We approached McArthur's Head using a variety of paddling techniques. 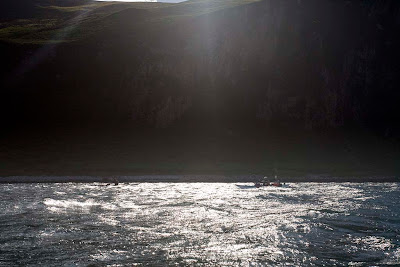 On a lively following sea, the sun sparkled against the lengthening shadows of the dark cliffs behind. 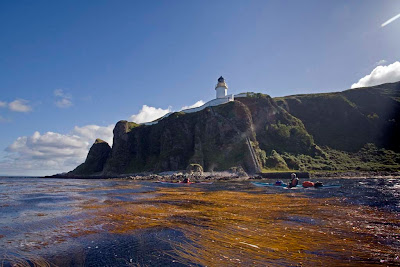 McArthur's Head lighthouse was built in 1861 by David and Thomas Stevenson. It was powered by acetylene then propane gas and the last keeper left in 1969 when the light was automated. In 2005 it was converted to a solar powered electric lamp. It flashes twice every 10 seconds, white then red. While manned, the lighthouse was serviced by boat from Port Askaig due to the remote nature of this wild part of Islay making land access very difficult.