A force 6 NE wind was blowing down the loch and whipping a frenzy of white horses over its dark cold waters. It is the end of the Scottish winter but the summits of the mountains on Arran and the Galloway hills were still shrouded in a white covering of snow.

Despite the cold we were sweating in our high tech clothing as we battled into the teeth of the wind. All three of us were wearing helmets which shows how seriously we were taking the conditions. We were making slow but steady progress when all of a sudden Tony went over.

He disappeared from sight under the dark water. He had instinctively gone into the roll position but it failed and he was unseated. After what seemed like an age, he eventually surfaced. He was gasping with the cold cold and he couldn't get out of the water. Mike and I manouvered into position on either side of him and we each grabbed a shoulder strap and hauled him out like a fish. Water spewed from his nose, his mouth and his helmet but thank God he was still breathing, though he had completely lost the power of speech.

All the high tech windproof clothing and fleece was completely saturated with icy water. The NE wind chilled him to the marrow. It was a serious situation. Tony was already hypothermic and we were 28km from the nearest shore at Lendalfoot on the Firth of Clyde.

How did we get out of this mess and get ourselves home from this Scottish version of Deep Trouble?

Please scroll down for more.... 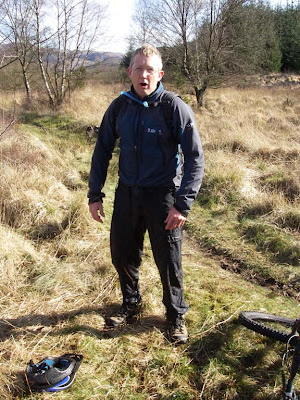