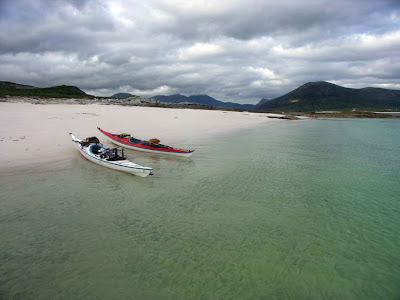 Yesterday I sang the praises of the subtle shades of grey that make the landscape of the Outer Hebrides so appealing.

It would appear that one of them is not Stornoway grey, or rather Stornaway (sic) grey, which is a paint shade available on the new and well received LandRover Freelander2 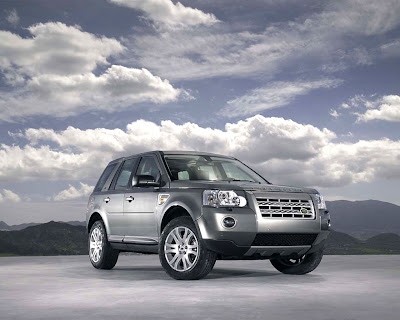 Councillor Angus Nicolson, writing in his weblog, has been truly insulted and is concerned that the name, Stornoway grey, will give potential visitors the wrong impression of the islands.

Well, although I love the islands' greys, the light changes five minutes later and there is a blaze of colour, especially the machair in the summer. 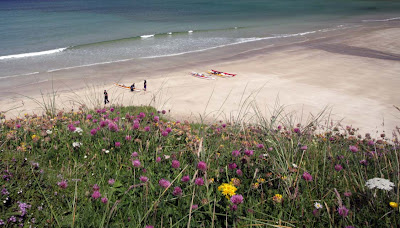 I do not think Angus should be too concerned about Stornaway Grey Freelander2s cluttering the streets of Chelsea. However, can you imagine the glorious sight of 181 wind turbines, all finished in sparkling Stornoway grey? 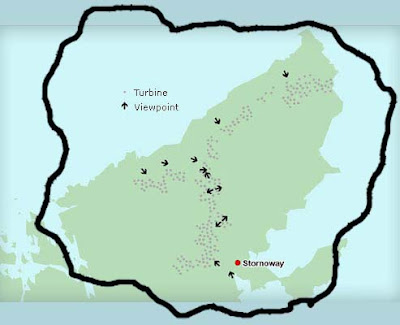 Map of proposed Lewis Wind Farm showing position of turbines. The M25 round London is overlaid at the same scale.
Posted by Douglas Wilcox at 8:16 pm